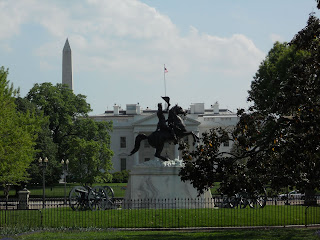 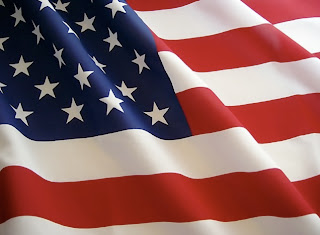 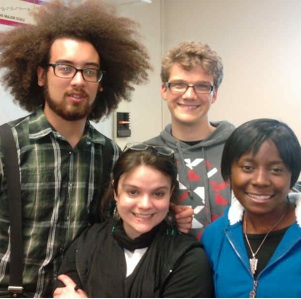 We did it!
Exactly six months ago, I arrived a rather intimidated young man into the most ubiquitous country in the world, slightly frightened of being 15,000 kilometres away from my home, a little saddened at being in transit on Christmas Day instead of eating Nana’s Christmas dinner, but also excited for six months of wall-to-wall travel across an incredibly unique and diverse country, and at the fact there was snow on the ground. It may have been only two hours long, but I had a White Christmas, damnit. I remember up until the week before leaving, I didn’t quite realise the gravity of the task I was undertaking. My thought process had me believing that I was off for a brief sojourn in the noble USA, staying with a few people here and there, sing a bit, argue politics a bit, back home in no time. Then, with about seven days left before the trip began, it hit me a little. I was saying goodbye to my family and friends for seven months. Without a break (for a University student, going one month without a break is unthinkable, let alone seven). There was going to be no familiarity, no home bed, no footy, no Lygon St, no walks to the beach with the dog. By the time I arrived in Detroit, I was catatonic. All of a sudden the trip seemed insurmountable. For quite a while the days dragged, the nights were worse, and I cast an unfairly cynical eye over everything different (and sometimes even similar) in American society and culture. Six months ago, I could hardly imagine sitting down on my last night in the country, writing a final entry about my experiences. But here I am, the strange feeling of leaving familiar surroundings has returned, and I’m about to start the next big adventure – a month in Europe, all on my own. So, in the spirit of reminiscing and celebrating all that has happened during our Singers of United Lands 2011 tour, here are a few highlights and interesting occurrences I’ve yet to share.
·      Finding out the wrong way that the toilet I was using had a built-in bidet (Chicago, Illinois). Nothing quite like getting a surprise clean when you’re reaching for the toilet paper.
·      Silencing a group of middle-schoolers by telling them the reason I can sing so high is that ‘I never quite made it through puberty’ (near Detroit, Michigan).
·      Going to the only African-American Military History Museum in North America, and walking through impoverished black neigbourhoods, and being welcomed like family into every open door (Hattiesburg, Mississippi).
·      Being down in New Orleans for Mardi Gras. On the other hand, it was also humbling to see one part of the city buzzing, whilst the other half was still struggling to recover from the devastation of Hurricane Katrina (New Orleans, Louisiana).
·      Attempting to explain Constitutional Monarchy to a group of Fourth Graders, only to have the answer to my question ‘What to you have in the US instead of the Queen’ being ‘Freedom!’ I deserved it. (Clermont, Florida). It was interesting, however, to see how many Americans got so excited about the Royal Wedding just a few weeks later. A celebrity’s a celebrity, no matter how they get there.
·      Disney World (Orlando, Florida). Enough said.
·      Receiving marriage proposals from audience members at a high school concert (St. Augustine, Florida). Ask again in ten years, girls.
·      Being followed by tornadoes and storms from Florida and New York, but during that time, seeing some of the US’ most well-kept secrets of beauty in North Carolina and Tennessee.
·      Walking around Washington, DC, for an entire day, non-stop, and taking in some of the most important history of the USA. We also got within 100m of the President. We’re that special. (Washington, DC)
·      New York. Specifically, seeing two Broadway shows, a comedy show, walking around Times Square and Midtown, performing at the Australian Consulate (where I could finally let loose with all the Australian humour and obscure references), and seeing three of my high school teachers in a taxi (New York City, New York). Talk about a small world.
·      Stumbling through terrible French (usually to be rebuffed in bitingly acerbic English) in the beautiful, Euope-esque cities of Montreal and Québec (Montreal and Québec City, Québec, Canada).
·      Getting back to nature near beautiful lakes and coastline in Canada’s Atlantic Provinces (New Brunswick and Nova Scotia, Canada).
In the past six months, we have visited 24 US states (plus Washington, DC), 4 Canadian provinces, and driven about 28,000 kilometres. I stayed with 51 host families, almost universally wonderful, and sang countless numbers of shows for possibly tens of thousands of people. My Facebook friend count has almost doubled (very important for a nineteen-year-old in 2011). Most of all, I spent six months with people I am so happy and proud to call my friends and colleagues, people I know will go on to do great things.
I never thought I would say this six months ago, but, USA, I’m going to miss you. Maybe I won’t miss your gross contradictions, you obsession with materialism, your overt reliance on cars and trucks big enough to take on army tanks, your fixation with fast and fried food, your decimation of natural land to build monstrous houses, roads, freeways, and strip malls; and your loud, obnoxious, and sometimes misplaced, patriotism. But I will most definitely miss your breathtaking natural beauty, your fierce defence of your way of life, your pizzazz and confidence, and most of all, I will miss the unmatched kindness, friendliness, and hospitality of your people, Illinois to Alabama, Vermont to Florida, and everywhere in between. I couldn’t have lasted six months without feeling as welcome as I did almost everywhere we went. I’m not going to say goodbye, because I know we’ll meet again. So I’ll just say see you later, be safe, stay happy, and thank you. Thank you for giving me the ride of a lifetime.
Posted by Paddy at 8:06 PM No comments: 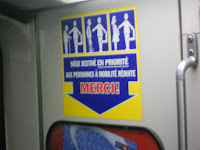 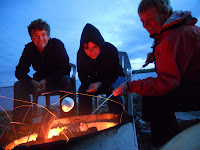 New England and a Narrow Escape 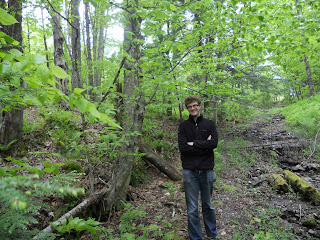 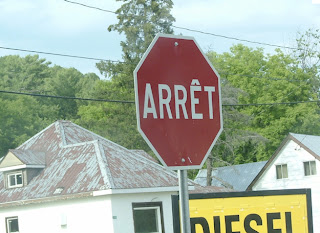 I should what?
So after the biggest travel-related ordeal since Boony’s Beers, we are in Quebec, Canada. Any mug who tells you Canada is just like the USA has obviously never been to Quebec. For a start, the majority speak French, all the road signs, advertisements and most media outlets are French, and at times you could well be in France. Québécoise are extremely proud of their French heritage, too. Their provincial motto is Je me souviens, which I have loosely translated to mean ‘You’ll never get us to speak English, basterds!’, and their stop signs say arrêt. Even the French use stop. All this contributes to Quebec being uniquely cool in my opinion, but really, its biggest drawcard is Montreal. Beautiful, buzzing, cosmopolitan Montreal. Save for the prevalence of French, it really wouldn’t be too difficult for me to forget I’m in Montreal and think that I am, in fact, back in Melbourne. High praise for a city indeed.
Posted by Paddy at 7:09 PM No comments: 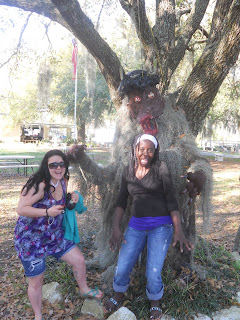 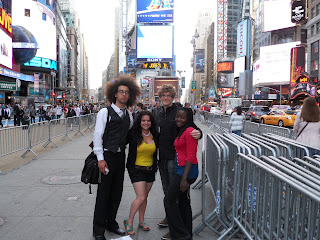 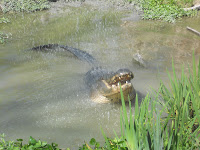 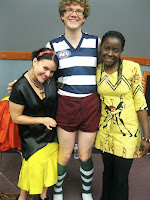 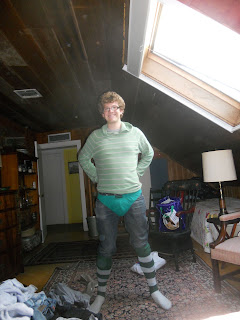